David Caruso is an American film and television actor and producer. He is best known for his portrayal of Detective John Kelly on the ABC crime drama NYPD Blue, and for his role as Lieutenant Horatio Caine on the CBS series CSI: Miami. He has also played prominent roles in the films An Officer and a Gentleman, First Blood, Twins, Kiss of Death and Proof of Life. 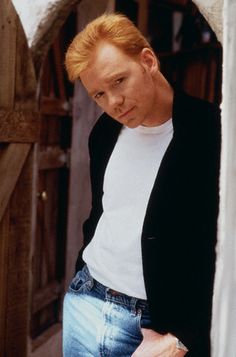 Born David Stephen Caruso on January 7, 1956 in Forest Hills Gardens, New York, his father, Charles Caruso, is Italian, and his mother, Joan Caruso, is Irish. Caruso was educated at Our Lady Queen of Martyrs Catholic School and Archbishop Molloy High School. He has been married three times and has three children.

David Caruso Facts:
*Born on January 7, 1956 in Forest Hills Gardens, New York, he is of Italian and Irish descent.
*His father left the family when he was just two years old.
*His role models were Humphrey Bogart, Edward G. Robinson and James Cagney.
*He worked at local movie theaters as an usher, where he would see up to 80 movies a week.
*He made his film debut in the 1980 film Getting Wasted as Danny.
*He is founder of DavidCarusoTelevision.tv and LexiconDigital.tv, as well as co-owner of “Steam on Sunset”, a clothing store in South Miami.
*He’s not related to the famous opera singer Enrico Caruso.