Shirley Jones is an American singer and actress, best remembered by the public for her roles in musical films, such as Oklahoma!, Carousel, and The Music Man, and for her role as Mrs. Partridge on the 1970s television show The Partridge Family. She won an Oscar for her role in the 1960 film Elmer Gantry. Born Shirley Mae Jones on March 31, 1934 in Charleroi, Pennsylvania, she was the only child born to Marjorie Louise (Williams) and Paul Livinson Jones. Jones started singing when she was just six years old. In August of 1956, she married actor Jack Cassidy, with whom she had three sons, Shaun, Patrick and Ryan, but divorced in 1974. In 1977, Jones married actor and comedian Marty Ingels, until his death in 2015. 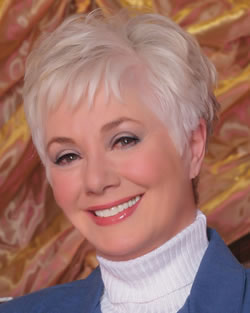 Shirley Jones Facts:
*She was born on March 31, 1934 in Charleroi, Pennsylvania, USA.
*She was named after Shirley Temple.
*She began singing at the age of six.
*She won the Miss Pittsburgh beauty contest in 1952 and was first-runner-up in the Miss Pennsylvania pageant.
*Visit her official website: www.shirleyjones.com