Iskra Lawrence is a British plus-size model. She’s represented by Models 1 and JAG Models for modeling work and United Talent Agency for entertainment and talent. She is a Brand Ambassador for the National Eating Disorders Association and is the managing editor for the website Runway Riot. She was named as a brand ambassador for Marina Rinaldi’s Persona collection campaign in 2018. Born Iskra Arabella Lawrence on September 11, 1990 in Worcestershire, England, UK, to a Northern Irish mother and an English father, she was raised in Kidderminster, Worcestershire, England. She was educated at Malvern St James and Bromsgrove School in Worcestershire. Lawrence started her modeling career in her early teenage years. 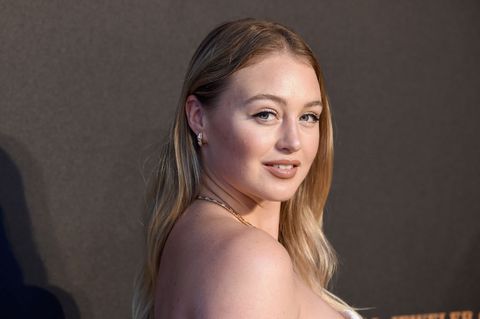 Iskra Lawrence Facts:
*She was born on September 11, 1990 in Worcestershire, England, UK.
*She was a competitive national swimmer in her teenage years.
*At age 15, she was accepted into the UK National Youth Theatre.
*She was named in the BBC’s 100 Women list in 2016.
*She was listed was in the Forbes 30 Under 30 for Europe within the Art & Culture category in 2019.
*Visit her official website: www.iskralawrence.com
*Follow her on Twitter, YouTube, Tumblr, Facebook and Instagram.