Sian Heder is an American writer and filmmaker, known for her work in Mother (2006), Orange Is the New Black (2013), and Tallulah (2016). For her work on the acclaimed U.S. television series, Men of a Certain Age, she won a Peabody Award, along with her fellow writers in 2010. She appeared in the season 6 episode “The Courtship of Wyatt’s Father”. Born on June 23, 1977 in Cambridge, Massachusetts, to parents Mags Harries and Lajos Héder, she earned her BFA in theatre from Carnegie Mellon University. She is married to actor David Newsom, with whom she has two children. 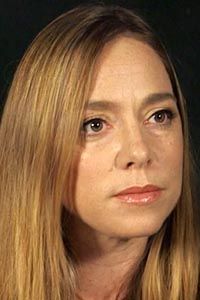 Sian Heder Facts:
*She was born on June 23, 1977 in Cambridge, Massachusetts, USA.
*Her father is from Budapest, Hungary while her mother is from Cardiff, Wales.
*She graduated from the Carnegie Mellon School of Drama.
*She is best friends with Zachary Quinto.
*She currently resides in Los Angeles.
*Follow her on Twitter.