Simone Holtznagel is an Australian fashion model who rose to prominence in 2011 as the runner-up on the seven cycle of Australia’s Next Top Model. She has appeared in campaigns for brands such as Bras N Things, Playboy and Guess. In 2018, Holtznagel became a contestant on the fourth season of the Australian version of I’m a Celebrity…Get Me Out of Here!. In February 2020, Holtznagel appeared on First Dates. She is represented by Chic Management, Two Management, Elite Miami, Elite NYC, and Munich Models. 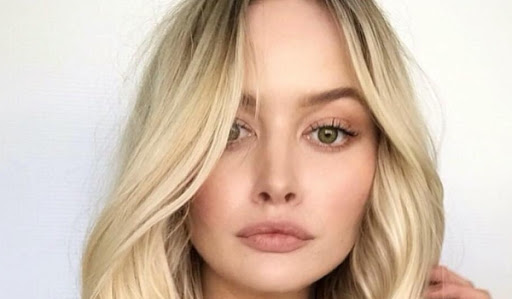 Simone Holtznagel Facts:
*She was born on July 12, 1993 in Wollongong, Australia.
*Her parents are Margaret and Stephen Holtznagel.
*She was named as the second runner up in Australia’s Next Top Model (cycle 7) in the finale at the Sydney Opera House in October 2011.
*In 2018, she entered the fourth series of the Australian version of I’m a Celebrity…Get Me Out of Here!.
*She has featured in the music videos by various artists such as Michael Bublé and Blake Shelton.
*Follow her on Twitter, Facebook and Instagram.