Simone Kessell is a New Zealander television and movie actress and TV personality. She is best known for her role as Lt. Alicia Washington in the short lived Fox science fiction television series Terra Nova. She portrayed Ahinoam, the queen of Israel and Saul’s wife in the 2016 short-lived ABC prime-time television fantasy soap opera Of Kings and Prophets and played Rebecca in the science fiction thriller series The Crossing. Her films credits include The Informers, Frost/Nixon, The Lovers, San Andreas, and 2:22. Born on January 07, 1975, in New Zealand, she has been an actress from the age of 12. Her career started with a KFC commercial. She is married to Australian director Gregor Jordan, with whom she has two sons: Jack and Beau. 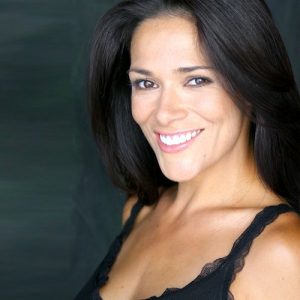 Simone Kessell Facts:
*She was born in 1975 in New Zealand.
*She began her career with a KFC commercial.
*In 2004 she became engaged to Australian director Greg Jordan.
*Currently, she resides in Hollywood.
*Follow her on Twitter and Instagram.