Simone Singh is an Indian actress and model who played the title role in the TV series Heena (1998-2003), which became the highest rated show on Indian television at the time. Her other television credits include Ek Hasina Thi, Aandhi, Four More Shots Please!, and Bahu Begum. She has also appeared in the films Kabhi Khushi Kabhie Gham…, Haan Maine Bhi Pyaar Kiya, Sur – The Melody of Life, Being Cyrus, Marigold, Delhii Heights, Bhram, Via Darjeeling, Pal Pal Dil Ke Paas, and Laal Kaptaan. 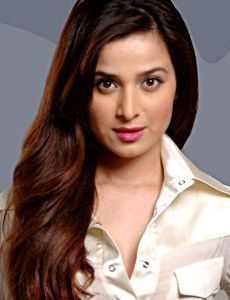 Born on November 10, 1974 in Jamshedpur, India, to parents Krishna and Daljit Singh, she is of Sikh (Punjabi) descent on her father’s side, and of Bengali descent on her mother’s side. She has one younger sister named Dipannita. Singh was educated at D.B.M.S. English School and Convent of Jesus and Mary. She has been married to producer and director Fahad Samar since 2000.

Simone Singh Facts:
*She was born on November 10, 1974 in Jamshedpur, India.
*She made her acting debut with the television series Swabhimaan in 1995.
*She is the first Indian TV actress to present at the International Emmy Awards in NYC.
*She was trained in Kathak dancing and can play the guitar.
*She loves reading and considers it a form of temporary escapism.
*Follow her on Instagram.