Simran Kaur Mundi is an Indian model and actress who was crowned Miss India Universe 2008 beauty pageant. As a model, she participated in various runway events such as Wills India Fashion Weeks, Lakme India Fashion Weeks, India Couture Week and Dubai Fashion Week. She made her acting debut in the Bollywood film Jo Hum Chahein which was released in 2011. Born on September 13, 1988 in Mumbai, India, to a Jat Sikh family, she was raised in the Hoshiarpur district of the Indian Punjab state. She has one younger brother. She did her schooling from Delhi Public School and Scindia Kanya Vidyalaya. She earned her degree in Bio-Technology from Holkar College of Science Indore in 2007. 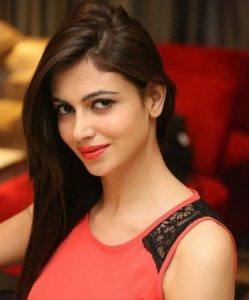