Skinnyfromthe9 is an American rapper and singer who first achieved fame after the release of his single “Love Blast” in late 2017. The single was listed on Spotify’s Most Necessary playlist. Skinnyfromthe9’s other notable hit songs include “Get the Bag,” “Count It,” and “Family Rich.” 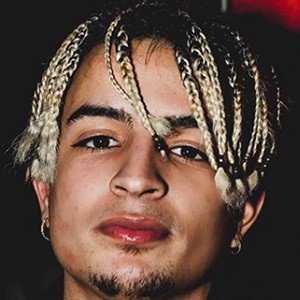 Skinnyfromthe9 Facts:
*He was born on December 19, 1995 in Hialeah, Florida, USA.
*His real name is David Alex Villegas.
*He is of Puerto Rican, Dominican and Colombian descent.
*He began focusing on hip hop as a teenager after his father purchased a mic for him.
*He released his debut single “The Weekend” in 2014.
*He signed to L.A. Reid’s record label, HITCO, in 2018.
*Visit his official website: www.skinnyfromthe9.com
*Follow him on Twitter, SoundCloud, YouTube, Facebook and Instagram.