Brazilian-American actress, Sonia Braga is most famous for her portrayal of Leni Lamaison / Marta / Spider Woman in the 1985 film Kiss of the Spider Woman, and Madonna Mendez in the 1988 film Moon over Parador. For her role in Kiss of the Spider Woman, she was nominated for a Golden Globe Award. For her work in Streets of Laredo, she won a Lone Star Television Award in 1996. She played Gabriela in the telenovela Gabriela. Her other television credits include American Family, The Cosby Show, Sex and the City, and Alias. Born as Sônia Maria Campos Braga on June 8, 1950, in Maringá, Paraná State, Brazil, Sonia the fifth of seven children of Hélio Fernando Ferraz Braga and Maria Braga Jaci Campos. She dated Van Halen frontman David Lee Roth, actor Robert Redford and director Clint Eastwood in the 1980s. 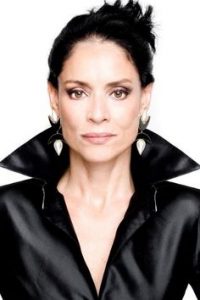 Sonia Braga Facts:
*She is the fifth of seven children.
*She was only eight years old when her father died.
*Her sister Ana’s daughter Alice Braga, also became an actress.
*She is the first Brazilian actress to receive a BAFTA and an Emmy nomination.
*Follow her on Twitter and Facebook.