Indonesian actress and singer Sophia Latjuba was born on August 8, 1970 in Berlin, Germany to Azzizurrahman Latjuba, a Bugis-Javanese, and Anna Muller, a German-Austrian. In her youth, she moved back to Indonesia with her father; she later reported that she felt closer to him than her mother. She graduated from Senior High School 3 Jakarta. She made her film debut in 1987 with Bilur-Bilur Penyesalan (Stripes of Regret), while still in high school. She later appeared in numerous films, culminating with Kuldesak, directed by her then-sister-in-law Mira Lesmana which she appeared in for free, in 1998. 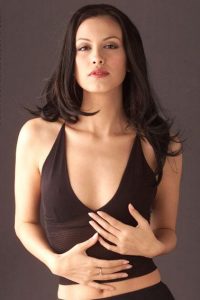 Sophia Latjuba Facts:
She made her film debut in 1997 while still in high school in the film Bilur-Bilur Penyesalan.
In 2008, she moved to Los Angeles and began auditioning in the city and taking acting classes to hone her craft.
Best known for Setegar gunung batu, Bilur-bilur penyesalan and I Am Hope.