Sophie Simnett is a British actress. She is best known for her portrayal of Skye Hart on the Disney Channel series The Lodge, and for her role as Samaira Dean on the Netflix drama series Daybreak. She has also appeared in The Five, Mum’s List, Endeavour, Ransom, Surviving Christmas with the Relatives, and Poldark. Born on December 5, 1997 in London, United Kingdom, she started taking various film and acting courses at the age of 7. She was educated at Putney High School. She made her professional acting debut with the 2014 short film Footsteps of Angels. 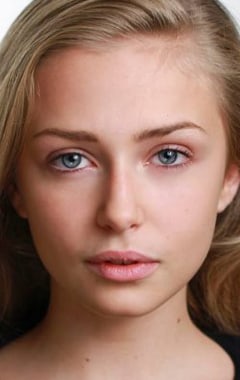 Sophie Simnett Facts:
*She was born on December 5, 1997 in London, United Kingdom.
*She began taking various film and acting courses at the age of 7.
*She attended Putney High School.
*She can play the ukulele.
*Follow her on Twitter, Facebook and Instagram.