Alana de la Garza is an American actress and model. She is best known for her portrayal of Connie Rubirosa on the NBC television series Law & Order, Law & Order: LA, and Law & Order: Special Victims Unit, and for her recurring role as Marisol Delko on the CBS television series CSI: Miami. She is also known for her roles as Detective Jo Martinez in the ABC series Forever, and as Special Agent Clara Seger in the American television series Criminal Minds: Beyond Borders, a spin-off of Criminal Minds. In 2019, she began starring in season two of FBI as Isobel Castille. Born on June 18, 1976 in Columbus, Ohio, to an Irish-American mother and a Mexican-American father, she grew up in El Paso, Texas. She studied physical therapy and social work at the University of Texas at El Paso (UTEP). She is married to writer Michael Roberts, with whom she has two children. 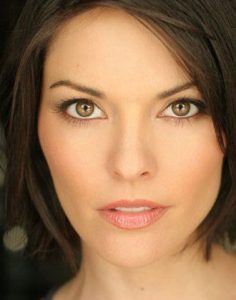 Alana de la Garza Facts:
*She was born on June 18, 1976 in Columbus, Ohio, USA.
*Her father is of Mexican descent. Her mother’s ancestry is Irish.
*She won the “Miss Photogenic” title in the Miss El Paso Teen USA local beauty pageant.
*She has twice been appeared in the “Girls of Maxim” online gallery.
*She became the new face of Garnier Nutritioniste cosmetics in 2008.
*Her husband, Michael, is a writer.
*Visit her official website: www.alanadelagarza.com
*Follow her on Twitter, Facebook and Instagram.