Spencer Smith is an American talent agent and former musician and songwriter. He was the drummer for American rock band Panic at the Disco, whose debut album went triple platinum and charted at No. 13 on the US Billboard 200, spearheaded by the hit single “I Write Sins Not Tragedies”, which peaked at No. 7 in the Billboard Hot 100. Currently, Smith works as an official manager and talent finder at DCD2 Records. Born Spencer James Smith on September 2, 1987 in Denver, Colorado, he was educated at Bishop Gorman High School, with former bandmate Ryan Ross. He has been married to Linda Ignarro since March 5, 2016. He previously dated Haley Lynn Ahearn. 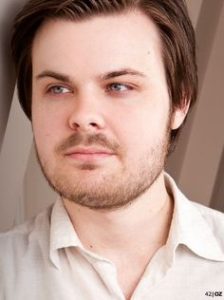 Spencer Smith Facts:
*He was born on September 2, 1987 in Denver, Colorado, USA.
*His parents are Ginger and Spencer James Smith IV.
*He received his first drum kit when he was 12 and started a band that mostly covered Blink-182 songs.
*He was one of the original members of the rock band Panic at the Disco.
*Follow him on Twitter and Instagram.