Stacey Farber is a Canadian actress. She is best known for her role as Ellie Nash on the long-running teen television series Degrassi: The Next Generation which she starred in from 2002 until 2008. From 2010 to 2011, she starred as Jessie Hill in 18 to Life with Michael Seater and played Sydney Katz on the Canadian medical drama Saving Hope from 2014 to 2017. Her other notable works include Cult, Booky Makes Her Mark, and UnReal. Born Stacey Anne Farber on August 25, 1987 in Toronto, Ontario, Canada, into a Jewish family, she has an older sister named Lindsay. She graduated in 2005 from the all-girls school Branksome Hall and graduated from the New School University’s Eugene Lang College in 2009 with a degree in Creative Writing. 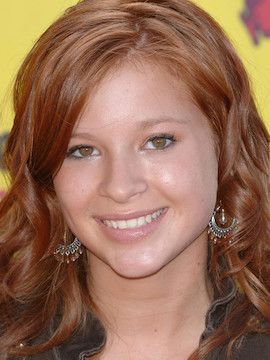 Stacey Farber Facts:
*She was born on August 25, 1987 in Toronto, Ontario, Canada.
*She is from an Ashkenazi Jewish family.
*She played Ellie Nash on Degrassi: The Next Generation.
*Her favourite film is 2003’s Old School.
*Follow her on Twitter and Instagram.