Stana Katic is a Canadian-American actress and producer. She is best known for her portrayal of Kate Beckett on the ABC television romantic crime series Castle, and for her role as Agent Emily Byrne in the thriller series Absentia. She is also known for her roles in the films Truth about Kerry, Lovers Only, The Possession of Hannah Grace, Big Sur, The Rendezvous, CBGB, and Quantum of Solace. Born Stana Stacey Katic on April 26, 1978 in Hamilton, Canada, to parents Rada and Petar Katić, she has four brothers and one sister. Following her high school graduation, Katic studied International Relations, Economics and pre-law at the University of Toronto’s Trinity College. From 2000 to 2002, she studied acting at the DePaul University Goodman School of Drama. She also studied acting at the Beverly Hills Playhouse acting school. In 2015, she married her longtime boyfriend, Kris Brkljac, a Serbian business efficiency consultant. 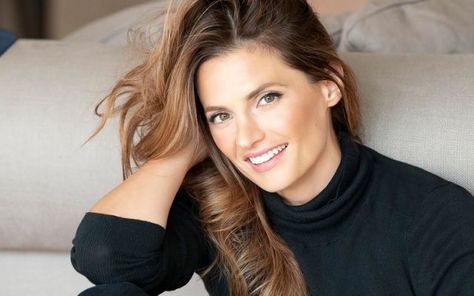 Stana Katic Facts:
*She was born on April 26, 1978 in Hamilton, Canada.
*Her parents emigrated from Yugoslavia.
*She played Detective/Captain Kate Beckett in the ABC crime drama series Castle.
*She speaks Serbian, French, English, and Italian fluently.
*She has dual citizenship of Canadian and American.
*Her style icons are Katharine Hepburn, Slim Keith, Lauren Bacall, and Madonna.
*In 2010, she founded the nonprofit Alternative Travel Project.
*She is a fan of the BBC TV series Peaky Blinders and Cillian Murphy’s antihero Thomas Shelby.
*Visit her official website: www.stanakatic.com
*Follow her on Twitter, Facebook and Instagram.