Nicole Arbour is a Canadian actress, choreographer, musician, singer, and YouTube personality. She began her music career in 2010 and has released several singles such as “Bang Bang” in April 2013, “Fun Revolution” in June 2015, and “Monstar” in September 2015. Arbour became the subject of controversy when she posted a viral video on her YouTube channel titled “Dear Fat People” in September 2015. She was nominated by the fans in the “Best Comedian” category at the 2015 Shorty Awards. Born on June 26, 1985 in Hamilton, Canada, she started her cheerleader career while studying at Humber College and led the Humber Hype dance team which won two national championships. She has dated Tavis Stanley, JRDN, Matt Webb, and Matthew Santoro. 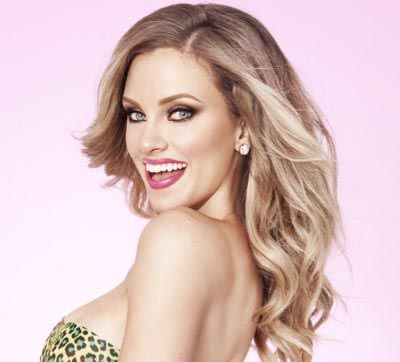 Nicole Arbour Facts:
*She was born on June 26, 1985 in Hamilton, Canada.
*She started dancing and acting in theatre when she was a child.
*She was a cheerleader for the Toronto Raptors of the National Basketball Association.
*She was voted WIRED MAGAZINE’S Hottest Geek in 2009.
*Her YouTube channel was suspended in 2015, when she posted “Dear Fat People” video on her channel.
*She was a speaker at the Archangel Summit 2017 along with Simon Sinek, Daymond John and Danielle LaPorte.
*Visit her official website: www.nicolearbour.ca
*Follow her on Twitter, Facebook, Instagram, YouTube, Google+, Tumblr, SoundCloud, and LinkedIn.