Stanley Weber is a French actor and theatre director. He is best known by the public for his performance as Juan Borgia in the television series Borgia. He is also known for his roles in the films Thérèse Desqueyroux, Violette and The First Day of the Rest of Your Life. Born on July 13, 1986 in Paris, France, to Christine and Jacques Weber, he has a sister named Kim and a brother named Tommy. He took a Classical acting course at LAMDA (The London Academy of Music and Dramatic Art) from 2009 to 2010. 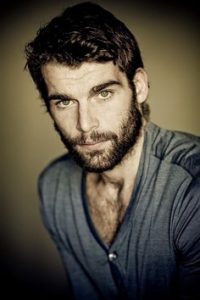 Stanley Weber Facts:
*He was born in Paris, France on July 13, 1986.
*He is the son of actor Jacques Weber.
*He gained his first acting lessons at Cours Florent, a private French drama school in Paris.
*Follow him on Twitter, Facebook and Instagram.