Rosie Perez is an American actress, community activist, talk show host, choreographer, dancer, and author. She is best known for her portrayal of Carla Rodrigo in the 1993 film, Fearless, for which she was nominated for an Academy Award. She is also known for portraying Gloria Clemente in the 1992 sports comedy film White Men Can’t Jump. For her work as a choreographer on In Living Color, she was nominated for three Emmy Awards. She played Googie Gomez in a revival of The Ritz, and she was nominated for an Indie Spirit Award for her work in The Take. Her other credits include Do the Right Thing, The View, Night on Earth, Lipstick Jungle, Untamed Heart, In Living Color, The 24 Hour Woman, Lackawanna Blues, and Lies in Plain Sight. Born Rosa Maria Perez in Bushwick, Brooklyn, New York City to Lydia Perez and Ismael Serrano, her parents are both of Puerto Rican descent. She one half-sister: Carmen Perez. She spent much of her childhood in foster care. She attended Los Angeles City College. She has been married to Eric Haze since 2013. She was previously married to Seth Zvi Rosenfeld from 1999 to 2001. 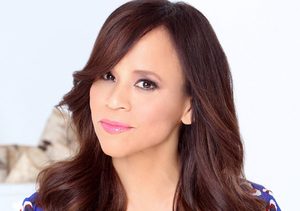 Rosie Perez Facts:
*She belongs to Puerto Rican descent.
*She was discovered in a nightclub by Spike Lee.
*Her mentor was the late Don Cornelius.
*She had reconciled with Don Cornelius, before his suicide.
*She is a huge fan of boxing.
*Follow her on Twitter, Facebook and Instagram.