Stefanie Scott is an American actress and singer. She is best known for starring as Quinn Brenner in the film Insidious: Chapter 3, Dana Tressler in the film Flipped, for which she won a 2011 Young Artist Award, and Lexi Reed on Disney Channel’s A.N.T. Farm. She provided the voice for the character Moppet Girl in the 2012 film Wreck-It Ralph and appeared as Julianne in Frenemies. As a Singer, Scott released her debut non-album single “Break the Floor” in 2008. 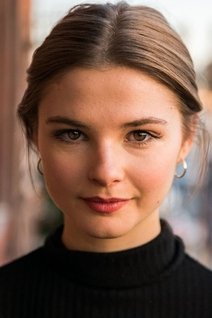 Born Stephanie Noelle Scott on December 6, 1996 in Chicago, Illinois, to parents Paul Scott, an endodontist, and Diane Scott, inventor of Aroma Dough, she has two older brothers, Troy Sidabras, who is a golf professional, and Trent Sidabras, an attorney. Scott attended Holy Trinity Episcopal Academy, before becoming home schooled in 2010.

Stefanie Scott Facts:
*She was born on December 6, 1996 in Chicago, Illinois, USA.
*Her ancestry includes Scottish, English, Czech, Irish, and German.
*She starred as Lexi Reed in the Disney Channel Original Series A.N.T. Farm from 2011 to 2014.
*She has 24 first cousins.
*Also an animal lover, Scott owns a Chihuahua dog named Mocha, a Bijon dog named Frosty and two cats named Tinkerbelle and Pumpkin.
*She sponsors girls through Shoeboxes for Haiti and is a cookie ambassador with the organization Cookies for Kids Cancer.
*Visit her official website: www.stefaniescott.com
*Follow her on Twitter, Facebook and Instagram.