Steffen Henssler is a German celebrity chef, author and entertainer. He is notable for the TV programs Grill the Henssler, The Kitchen Battle, and Beat the Henssler. He is also known for several Youtube cooking shows. Born on September 27, 1972 in Neuenbürg, Germany, he grew up with his mother in Pinneberg. After her death, he moved to Hamburg, where his father worked as a restaurateur. He trained as a chef in a Michelin star winning restaurant Andresens inn in Bargum and opened his first restaurant in 2001 with his father. Henssler began his career as a television chef on NDR television in 2004 with a number of guest appearances alongside Rainer Sass. He is divorced and has two daughters. 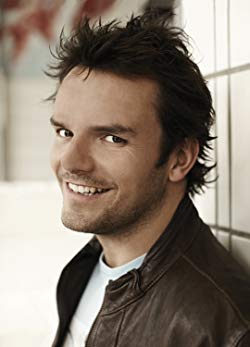 Steffen Henssler Family Details:
Father: Werner Henssler (Restaurateur)
Mother: Unknown
Spouse/Wife: He is divorced.
Children: 2 daughters (b. 2007 & b. 2008)
Siblings: He has a sister and three brothers.

Steffen Henssler Facts:
*He was born on September 27, 1972 in Neuenbürg, Germany.
*His mother died when he was nine years old.
*He was the first German to graduate in the academy as a “Professional Sushi Chef” with top marks.
*He has worked in several American restaurants.
*He owns three restaurants.
*He holds the world record for largest audience at a cooking show. (2018)
*Visit his official website: www.steffenhenssler.de
*Follow him on Twitter, YouTube, Facebook and Instagram.