Stephanie Seymour was born Stephanie Michelle Seymour on July 23, 1968 in San Diego, California. She is an actress and model. She has modeled for many notable fashion magazines and designers and has posed for several well-known photographers including Herb Ritts, Richard Avedon, Gilles Bensimon and Mario Testino. She appeared in two music videos by Guns N’ Roses: “Don’t Cry” and “November Rain.” She also appeared in the film Pollock, which starred Jennifer Connelly. Stephanie is very beautiful lady with brown hair. Her eye color is Blue-Green. 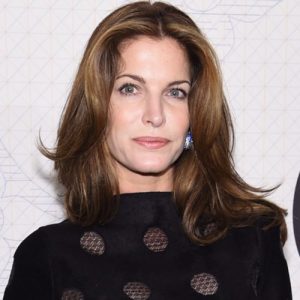 Stephanie Seymour Facts:
*At the age of 16, she began dating 42 year old John Casablancas.
*She entered the Elite Look of the Year Contest, but lost, when she was 15 years old.
*She was chosen by People magazine as one of The “50 Most Beautiful People in the World”(1994).
*Follow her on Instagram.