Stephen Fishbach is an American television personality, writer and digital strategy consultant, best known for competing on the reality TV show Survivor. Fishbach finished as the runner-up on Survivor: Tocantins and finished in ninth place on Survivor: Cambodia. In 2012, he began co-hosting the Survivor Know-It-Alls podcast alongside Rob Cesternino. Born Stephen Andrew Fishbach on January 28, 1979 in New York, to parents Constance and Ronald Fishbach, he grew up in Los Angeles. He attended Harvard-Westlake School before earning his B.A in English in 2001. He has been married to Julia Lemle since June 9, 2018. 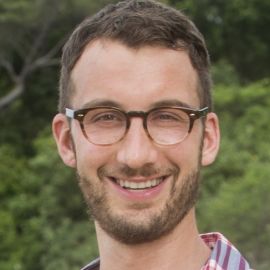 Stephen Fishbach Facts:
*He was born on January 28, 1979 in New York, New York, USA.
*He grew up in Los Angeles.
*He was a contestant on the reality show Survivor.
*He finished as the runner-up on Survivor: Tocantins.
*He started blogging for People Magazine in 2009.
*He is also an internet marketing director.
*Follow him on Twitter, Facebook and Instagram.