Sunny Deol is an Indian film actor, producer and director who appears in Bollywood films. His first role was in the 1983 romance film The Betaab, for which he received Filmfare Award for Best Actor nomination. Other popular movies Deol has acted in are Ghayal, Damini, Ghatak, Ziddi, Border, Darr and Gadar. Born Ajay Singh Deol in Sahnewal, India, he is the son of Bollywood actor Dharmendra and Prakash Kaur. He is the older brother of actor Bobby Deol and has two sisters Vijayta and Ajeeta. His step-mother is Hema Malini, through whom he has two paternal half-sisters, actress Esha Deol and Ahana Deol. 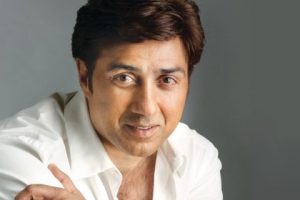 Sunny Deol Facts:
*He is the son of veteran Bollywood actor Dharmendra and the elder brother of actor Bobby Deol.
*He won a National Film Award and a Filmfare Award for his role in the action film Ghayal.
*His cousin Abhay Deol is also an actor.
*Follow him on Twitter, Facebook and Instagram.