Patrick Swayze was an American actor, dancer, and singer-songwriter. He rose to prominence in the 1980s through his roles in the films such as Dirty Dancing, Red Dawn, The Outsiders, Uncommon Valor, Youngblood and Steel Dawn. He was born Patrick Wayne Swayze on August 18, 1952 in Houston, Texas to Patsy Swayze and Jesse Wayne Swayze. He had English, Irish, and Scottish ancestry. He was married to actress/dance Lisa Niemi in June 1975. They had no children. He died of pancreatic cancer in September of 2009. 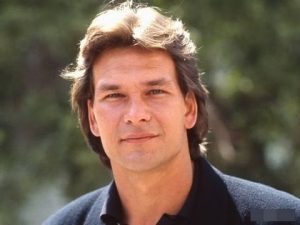 Patrick Swayze Facts:
*One of People magazine’s 50 Most Beautiful People in the World (1991).
*People magazine named him ‘the Sexiest Man Alive’ in 1991.
*He broke both legs after falling from a horse while filming Letters from a Killer (1998).
*His sister, Vicky Swayze, committed suicide in 1994.

“There are people who want me to do a cologne. They want to call it ‘Patrick.’ I was offered a fortune to make exercise videos. Posters, all kinds of stuff – something like $10 million worth. It’s insanity. I’m not going to do any of it.” – Patrick Swayze