Susanna Hoffs is an American singer-songwriter and actress, best known as a co-founder of the Bangles. Hoffs founded the Bangles in 1981 with Debbi and Vicki Peterson, and after their first breakup in 1989 Hoffs started a solo career. She released her first solo album, When You’re a Boy, in 1991. She later formed the faux British 1960s band Ming Tea, with Mike Myers and Matthew Sweet. She has also appeared in a supporting role in several films. 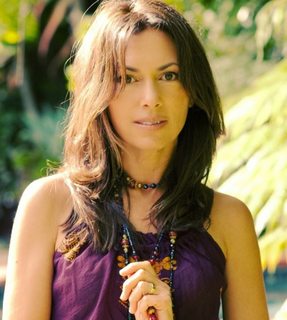 Born Susanna Lee Hoffs on January 17, 1959 in Los Angeles, California, to parents film director/writer/producer Tamar Ruth and Joshua Allen Hoffs, a psychoanalyst, she has two brothers named John and Jesse. Hoffs did her schooling from Palisades High School in Pacific Palisades, Los Angeles, and graduated in 1980 from the University of California, Berkeley, with a bachelor’s degree in art. She married Jay Roach on April 17, 1993. They have two sons.

Susanna Hoffs Facts:
*She was born on January 17, 1959 in Los Angeles, California, USA.
*While in college, she worked as a production assistant and made her acting debut in the film Stony Island (1978).
*Member of the 1980s rock-pop band The Bangles.
*She started a solo career after the separation of The Bangles in 1989.
*She ranked #43 on VH1’s 100 Sexiest Artists.
*She is a vegetarian.
*Her husband, Jay Roach, converted to Judaism upon marrying her.
*Visit her official website: www.susannahoffs.com
*Follow her on Twitter, YouTube, Facebook and Instagram.