Actress and singer who rose to fame after winning the reality television series Popstars and subsequently being a member of the pop group Hear’say, which released two studio albums and five singles, the first two of which reached number one in the UK singles chart. In 2008, Shaw won the third series of the ITV skating show Dancing on Ice and participated in the ‘All Stars’ series in 2014. Shaw played Eve Jenson in the British ITV1 soap Emmerdale. 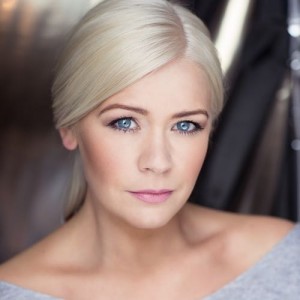 Suzanne Shaw Facts:
*She was born on September 29, 1981 in Bury, UK.
*Her parents are Janet Shaw and Vincent Shaw.
*Starting at age 2, Shaw began dancing and appeared in the musical Annie when she was five.
*She was educated at St. Gabriel’s R.C. High School.
*She appeared in the British television talent-show Popstars.
*She was a member of the pop group Hear’Say.
*She won the third series of Dancing on Ice in 2008.
*She was married to Jason King from 2009 to 2012.
*Visit her official website: www.suzanneshawofficial.com
*Follow her on Twitter, Facebook and Instagram.