Taylor Bagley is an American model and actress who has appeared in editorials for Vogue Italia. She appeared as the angel in the 2013 La Passione, James Franco’s short film for Gucci. She is represented by the agencies Wilhelmina Models agency (London), Ford Models (New York), and Vision Los Angeles. Born Taylor Elise Bagley on September 9, 1987 in Nashville, Tennessee, to parents Donna and Robert Bagley, she has one older sister named Erin. Bagley spent much of her childhood in Broken Arrow, Oklahoma and attended Centennial High School in Franklin, Tennessee. She was in a relationship with actor/director Zach Braff from 2009 to 2014, and Arctic Monkeys lead vocalist Alex Turner from 2015 to 2018. 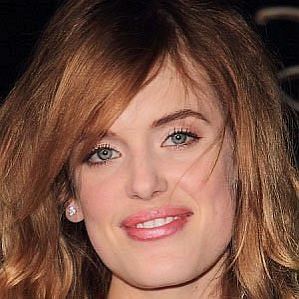 Taylor Bagley Facts:
*She was born on September 9, 1987 in Nashville, Tennessee, USA.
*Her full name is Taylor Elise Bagley.
*She was educated at Centennial High School in Franklin, Tennessee.
*She has been featured by Abercrombie & Fitch.
*In 2015, she appeared in Interpol’s music video “Everything is Wrong”.
*Follow her on Facebook and Instagram.