Sydney McLaughlin is an American hurdler and sprinter who holds a number of age group world bests and won the Gatorade National Girls Athlete of the Year trophy for both 2015–16 and 2016-17. She is the current world record holder in the women’s 400 meters hurdles with a time of 51.46 seconds, set on August 4, 2021 at the Tokyo Olympics in the final run. McLaughlin set world junior 400 meter record in (50.36) at 2018 NCAA Division I Indoor Track and Field Championships in March 2018. Born on August 7, 1999 in New Brunswick, New Jersey, to an athletic family, her father, Willie McLaughlin, was a semi-finalist in the 400 meters at the 1984 Olympic Trials, her mother, Mary McLaughlin, was a runner in high school, and her older brother, Taylor McLaughlin, won silver in the 400-meter hurdles at the 2016 IAAF World U20 Championships. In October 2018, McLaughlin turned professional, and signed with the New Balance team. 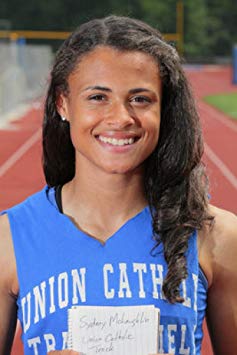 Sydney McLaughlin Facts:
*She was born on August 7, 1999 in New Brunswick, New Jersey, USA.
*She belongs to an athletic family.
*She bested Lashinda Demus junior record in the 400-meter hurdles.
*She competed for the University of Kentucky before turning professional.
*She placed 3rd in the 400-meter hurdles at the 2016 United States Olympic Trials, and qualified for the 2016 Summer Olympics.
*She turned professional in October 2018.
*Follow her on Twitter, Facebook and Instagram.