Carmelita Jeter is an American sprinter who was the 2011 IAAF World Champion in the 100 m and a three-time Olympic medallist. She won the 100 m bronze at the 2007 World Championships in Athletics and a gold at the World Athletics Final. Jeter won the 2012 Gold Medal in the 4×100 meter relay. Born on November 24, 1979 in Los Angeles, California, her younger brother, Eugene, is a professional basketball player, who currently plays for Chinese Shandong Lions of the Chinese Basketball Association. Jeter attended Bishop Montgomery High School, and graduated from California State University with a bachelor’s degree in physical education. Jeter was named the second-fastest woman of all time. 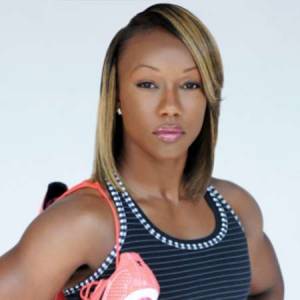 Carmelita Jeter Facts:
*She was born on November 24, 1979 in Los Angeles, California, USA.
*She played basketball in high school.
*Her younger brother, Eugene “Pooh” Jeter III, plays basketball professionally for the Sacramento Kings.
*She has won multiple medals at the 2012 Summer Olympics, much like Gabby Douglas.
*She is an avid supporter of After-School All Stars.
*She launched her first Track Clinic in 2014.
*Visit her official website: www.carmelitajeter.com
*Follow her on Twitter and Instagram.