Sylvia Kristel was a Dutch actress, best remembered by the public for her title role in Emmanuelle film series. In her career, she performed in over 50 films. She is also remembered for her roles in Lady Chatterley’s Lover, Mata Hari, The Fifth Musketeer, Private Lessons and the 1980 comedy film The Nude Bomb. Born Sylvia Maria Kristel in Utrecht, Netherlands, on September 28, 1952, to Jean-Nicholas and Piet Kristel, she grew up with her younger sister, Marianne. 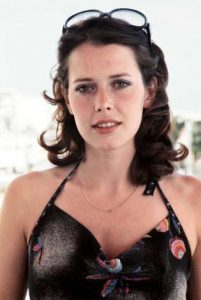 Sylvia Kristel Facts:
*She is the elder daughter of her parents.
*Her parents got divorced when she was 14 years old.
*She began modeling at the age of 17.
*She was the winner of the Miss TV Europe competition in 1973.
*She was fluent in Dutch, English, Italian and French.