Fiona Xie is a Singaporean actress and host. She is best known for her appearance on the long running variety series City Beat. She was previously contracted under MediaCorp as a full-time artiste. For her role in the drama series My Genie, she earned a Best Newcomer Star Award. Born Fiona Xie Wan Yu on January 24, 1982 in Singapore, she was discovered by a modeling agent at the age of 15 which led to her first print and television commercial appearances. 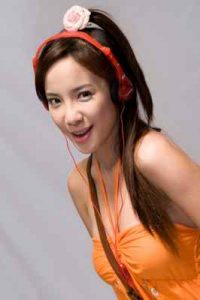 Fiona Xie Facts:
*She made her acting debut in the Channel 5 drama Growing Up as a nurse.
*In 2005, she was named in the top of FHM’s “100 Sexiest Women Singapore” list.
*She is fluent in Chinese, English, and a bit of Cantonese.
*Follow her on Twitter and Instagram.