Ta’Rhonda Jones is an American actress and rapper. She is commonly known for her recurring role as Porsha Taylor on the Fox drama TV series Empire. She was promoted to the main cast for the 2nd season. She appeared in an episode of Chicago P.D. entitled “Get Back to Even” in 2015. She also appeared in the 2016 short film The Tale of Four, and the 2017 Hallmark movie The Perfect Christmas Present. In 2015, she released her first single, “Juice”. Born on July 12, 1988 in Chicago, Illinois, she has a younger brother and a younger sister. She used to work at a nursing home in South Side Chicago before getting the role on Empire. 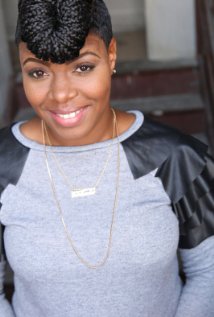 Ta’Rhonda Jones Facts:
*She was born on July 12, 1988 in Chicago, Illinois, USA.
*She has a younger sister and brother.
*She worked at a nursing home and also as a butcher at a Chicago grocery store before she started her acting career.
*She released a debut single called “Juice” in 2015.
*Follow her on Twitter, SoundCloud, Facebook and Instagram.