Taher Shabbir is an Indian actor of television and film. He is best known for television roles as Viraj Singh Rathore on Nisha Aur Uske Cousins and Arshad Habib on Bepannaah. He has also played prominent roles in the films Fan, Naam Shabana and Manikarnika. Born Taher Shabbir Mithaiwala on January 7, 1987 in Mumbai, India, to parents Sabiha and Shabbir Mithaiwala, he has one younger brother named Moayyad. Shabbir first came to prominence after being cast in Star Plus’s Nisha Aur Uske Cousins opposite Mishkat Varma and Aneri Vajani. He made his film debut in the 2016 film Fan, written and directed by Maneesh Sharma and produced by Aditya Chopra through Yash Raj Films. 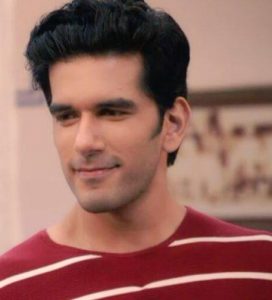 Taher Shabbir Facts:
*He was born on January 7, 1987 in Mumbai, India.
*His father has a sweet shop named ‘Tawakkal Sweets’ in Bhendi Bazaar, Mumbai.
*He made his film debut in the 2016 Hindi film Fan produced by Yash Raj Films.
*He is good friends with Gauhar Khan.
*Follow him on Facebook and Instagram.