Tammin Sursok is a South African-born Australian actress and singer. She is best known for the television work on series such as Home and Away, The Young and the Restless, Hannah Montana, and Pretty Little Liars. She has also appeared in the films Aquamarine, Albino Farm, Husk, 10 Rules for Sleeping Around, Cam2Cam, and Braking for Whales. Also a singer, Sursok released her debut album Whatever Will Be on May 22, 2005 in Australia via Sony BMG. The album reached at #13 in Australian music charts. 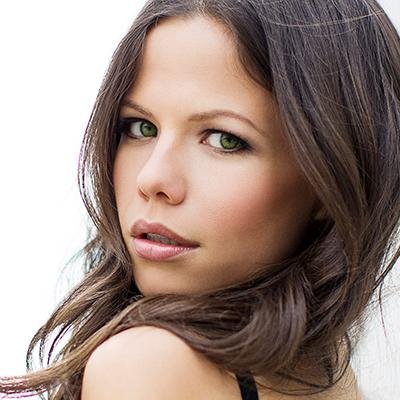 Born Tammin Pamela Sursok on August 19, 1983 in Johannesburg, South Africa, to parents Julie and Daryl Sursok, she has a brother named Shaun, and a half-sister named Michelle. Sursok relocated to Sydney, Australia with her family at the age of four. She attended Ravenswood School for Girls in Gordon, Sydney, and studied drama and attended the Trinity Speech and Drama college of England receiving a high distinction in her final exam. She married Sean McEwen in 2011. They have two daughters together.

Tammin Sursok Facts:
*She was born on August 19, 1983 in Johannesburg, South Africa.
*She is also a dancer and has been dancing since she was 6 years old.
*She studied drama at the Trinity Speech and Drama College of England.
*She earned the Australian TV Week Logie Award for Best New Female Talent in 2001.
*She divides her time between Sydney and Los Angeles.
*She and husband Sean McEwen have their own production company, Charlie Baby Productions.
*She has three dogs named, Sydney, Tiger, and Charlie, and a cat named Sugar.
*Follow her on Twitter, Facebook and Instagram.