Tana Ramsay is a British author of books on cookery and a television personality. She is the wife of celebrity chef Gordon Ramsay. Tana was a presenter on the food show Market Kitchen, and appeared in the American version of cooking show MasterChef, co-hosted by her husband, Gordon Ramsay in 2014. In 2015, she began starring in her daughter’s show Matilda and the Ramsay Bunch on CBBC. Born Cayetana Elizabeth Hutcheson on 23 August 1974 in Croydon, Surrey, England, UK, to Greta and Chris Hutcheson, she was raised on a farm in Kent. Her siblings are Adam, Orlanda, Victoria and Chris. She attended a nursery in London, then the family moved and she went to Dulwich prep school in Cranbrook, Kent, and on to Battle Abbey boarding school in East Sussex. Ramsay was a Montessori-trained school teacher before becoming author of books on cookery and a TV broadcaster. She has been married to celebrity chef Gordon Ramsay since December 21, 1996. They have four children: Megan, Matilda and fraternal twins, Jack and Holly. They are expecting their fifth child. 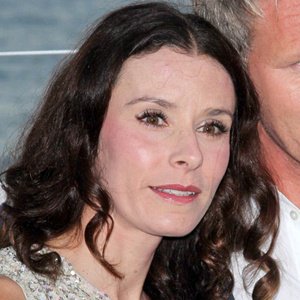 Tana Ramsay Facts:
*She was born on 23 August 1974 in Croydon, Surrey, England, UK
*She is the daughter of Chris Hutcheson, a businessman.
*Her family moved to London when she was 16 years old.
*She trained as a Montessori teacher and worked at the Caterpillar nursery in Chiswick, west London, until the birth of her first child.
*She was partnered with Stuart Widdall on the British television show Dancing on Ice.
*In 2010, she was named Celebrity Mum of the Year.
*Follow her on Facebook and Instagram.