Sara Arfeen Khan is an Indian actress and television host. She is best known for her roles as Alka Tiwari in STAR One’s hit serial Dhoondh Legi Manzil Humein, and Maharani Vijayalakshmi Ranawat in Love Ka Hai Intezaar on Star Plus. Khan has also appeared in such films as Payback (2010), Total Siyappa (2014), and Sargoshiyan (2017). Born Sara Arfeen Khan on August 6, 1989 in Bhopal, India, her mother Mala Mansukhani, is a fashion designer. Sara made her film debut in Payback (2010). She was briefly married to Ali Merchant. 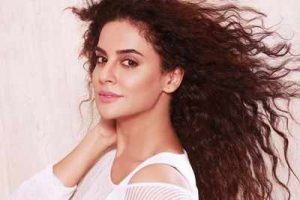