Tea Leoni is an American actress of film and television. She is best known for her roles in the films The Family Man, Bad Boys, Jurassic Park III, Spanglish, Deep Impact, and Fun With Dick and Jane. Her television credits include Santa Barbara, Flying Blind, The Naked Truth, and Madam Secretary. Born Elizabeth Téa Pantaleoni on February 25, 1966, in New York City, to Emily and Anthony Pantaleoni, she grew up in Englewood, New Jersey, and New York City. She has one brother, Thomas “Tom” Pantaleoni. She studied anthropology and psychology in college at Sarah Lawrence. She also attended at Sarah Lawrence College but dropped out. She married David Duchovny in 1997, and they had a daughter in 1999 and son in 2002 before getting divorced in 2014. She was previously married to Neil Joseph Tardio Jr. from 1991 to 1995. 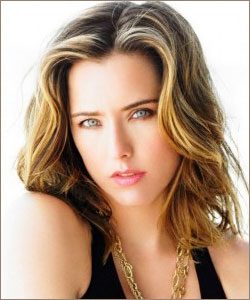 Tea Leoni Facts:
*She was born February 25, 1966 in New York City.
*She is a big fan of fly fishing, an activity she pursues as often as she can.
*She has been in a relationship with actor Tim Daly since summer 2014.
*Follow her on Twitter and Facebook.