Teddi Jo Mellencamp is an American actress and television personality, best known for appearing on the reality television series The Real Housewives of Beverly Hills. She has also appeared in Next Level and Celebrity Family Feud. Born Teddi Mellencamp on July 1, 1981 in Bloomington, Indiana, to parents Victoria Granucci and John Mellencamp, her siblings are Justice, Speck, Michelle, and Hud. She has been married to Edwin Arroyave since July 7, 2011. They have two daughters named Slate and Dove and a son named Cruz. She was previously married to Matthew Robertson. 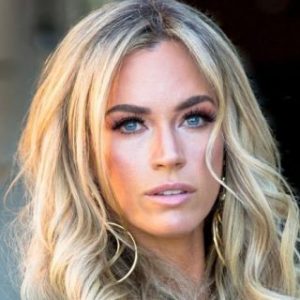 Teddi Jo Mellencamp Facts:
*She was born on July 1, 1981 in Bloomington, Indiana, USA.
*Her father is rock legend John Cougar Mellencamp.
*She joined the eighth season of ‘Real Housewives of Beverly Hills.’
*She’s also a fitness expert.
*She had multiple miscarriages and the hard IVF process before the birth of her son Cruz in August 2014.
*Visit her official website: www.allinbyteddi.com
*Follow her on Twitter and Instagram.