Teresa Gallagher is an American-born British actress, voice actress and singer who played Ellen Smith in the police procedural television series The Bill. Her notable voice roles include multiple characters in Thomas & Friends, Dashi in The Octonauts, multiple characters in The Amazing World of Gumball, Little Miss Whoops in the UK version of The Mr. Men Show, Sarah in Footballers’ Wives, and the Voice Trumpets and the Tiddlytubbies in the 2015 reboot of Teletubbies. She is also known for her appearances on radio in No Commitments, Salem’s Lot, and Memorials to the Missing. 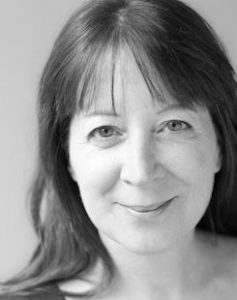 Teresa Gallagher Facts:
*She was born on March 1, 1971 in New York, New York, USA.
*She voiced several characters in the Cartoon Network show The Amazing World of Gumball.
*Singer with the band Arcelia.
*Follow her on Twitter and Instagram.