English singer and songwriter who competed in the ninth series of The X Factor UK in 2012, and finished in sixth place despite being a strong favourite to win. Her debut studio album, Chapter One (2014), peaked at number one on the UK Singles Chart, and was preceded by the internationally successful single, “Ghost”, as well as the top 20 singles “Glow” and “Yours”. Her debut extended play, Glorious, was released in November 2019. The EP includes the singles “Glorious”, “Young” and “Friends”. Born Gabriella Michelle Henderson on January 12, 1996 in Lincolnshire, England, to a Scottish father, Sean, and an English mother of Swedish ancestry, Michelle, her siblings are Patrick, Fraser and Holly. She is the second cousin of fellow X Factor competitor Verity Keays. 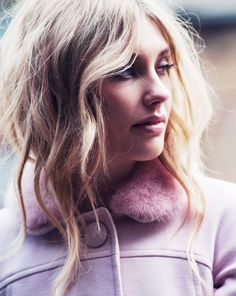 Ella Henderson Facts:
*She was born on January 12, 1996 in Lincolnshire, England, UK.
*She started singing around the age of three and taught herself to play the piano a few years later.
*She signed her first major record deal with Simon Cowell’s record label Syco Music in December 2012.
*Visit her official website: www.ellahenderson.co.uk
*Follow her on Twitter, SoundCloud, YouTube, Facebook and Instagram.