Teri Hatcher is an American actress, author and former San Franciso 49ers cheerleader. She is best known for television roles as Lois Lane on Lois & Clark: The New Adventures of Superman and Susan Mayer on ABC’s comedy-drama Desperate Housewives. She played Paris Carver in the 1997 James Bond film Tomorrow Never Dies. For her performance in Desperate Housewives, she won a Golden Globe Award for Best Actress in a Musical or Comedy, three Screen Actors Guild Awards, and a Primetime Emmy nomination for Outstanding Lead Actress in a Comedy Series. She had a recurring role in the TV series The Odd Couple from 2016 to 2017. She also voices characters in the films Coraline, Planes and Planes: Fire & Rescue. Born Teri Lynn Hatcher on December 8, 1964 in Palo Alto, California, she is the only child of Esther and Owen W. Hatcher. She started her career in the entertainment industry as a cheerleader for the football team the San Francisco 49ers in 1984. She made her film debut in The Big Picture (1989). She married Jon Tenney in 1994, and they had a daughter named Madison in 1996 before getting divorced in 2003. She was previously married to Marcus Leithold. 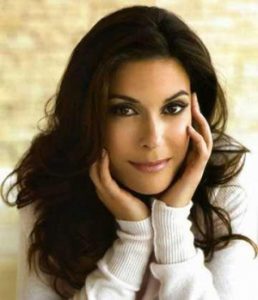