Everette Harp is an American blues, gospel and jazz saxophonist who has recorded on Capitol and Blue Note. He is best known for his 2006 album In the Moment, which debuted in the number one position of Billboard’s Contemporary Jazz Chart. He has also performed and/or recorded with a wide variety of pop, R&B and jazz artists including, Aretha Franklin, Gladys Knight, Billy Joel, Regina Belle, and Marcus Miller. Born on August 17, 1961 in Houston, Texas, USA, to a minister father, he is the youngest of the eight children. He started playing piano at age two, and began practicing saxophone when he was four years old. He started playing jazz in high school, and attended North Texas State University as a music major in the early 1980s. He is married to Jeri with whom he has one daughter, Tessa. 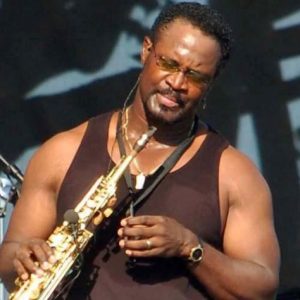 Everette Harp Facts:
*He was born and raised in Houston Houston, Texas, USA.
*He moved to Los Angeles in 1988.
*He toured with fellow musicians Teena Marie and Anita Baker.
*He played the main title theme to Roger Ebert at the Movies.
*He collaborated with the singer-songwriter Billy Joel.
*Visit his official website: www.everetteharp.com
*Follow him on Twitter and Myspace.