The Notorious B.I.G. was an American rapper and songwriter who is widely considered to be one of the greatest rappers of all time. He became known for his 1994 debut album, Ready to Die, which reached No. 13 on the Billboard 200 chart and was eventually certified four times Platinum. Born Christopher George Latore Wallace on May 21, 1972 in Brooklyn, New York City, to Jamaican immigrant parents Voletta Wallace and Selwyn George Latore, he was the only child with no siblings. He started selling drugs at age twelve, and dropped out of school for a life of crime. On August 4, 1994, Wallace married R&B singer Faith Evans. He had two children, T’yanna and Christopher. 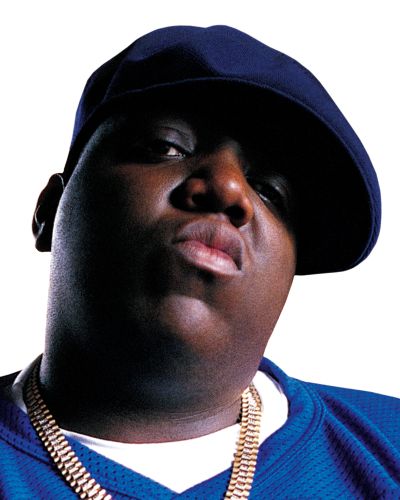 The Notorious B.I.G. Facts:
*He was born on May 21, 1972 in Brooklyn, New York City, USA.
*His father, Selwyn George Latore, was a welder and politician, while his mother, Voletta Wallace, was a preschool teacher.
*He first achieved fame with the release of his debut album Ready to Die (September 13, 1994).
*He admitted that he was a crack cocaine dealer.
*He rapped on Michael Jackson’s 1995 single “This Time Around”.
*He was gunned down in L.A. in 1997.
*Lil’ Kim was his girlfriend at the time of his death.
*His album Life After Death (1997), was nominated for a Grammy Award for Best Rap Album.
*MTV ranked him at No. 3 on their list of The Greatest MCs of All Time in 2006.
*He was inducted into the Rock and Roll Hall of Fame in 2020.