Thomas Gibson is an American actor and director. He is best known for television roles as Daniel Nyland in the CBS television series Chicago Hope, Greg Montgomery in the ABC television series Dharma & Greg and Aaron Hotchner in the CBS television series Criminal Minds. He played Kanaka in the 2000 comedy horror film Psycho Beach Party. Born Thomas Ellis Gibson on July 3, 1962 in Charleston, South Carolina, to parents Charles M. “Mac” and Beth Gibson, he has a brother named Charles. Thomas became interested in acting at a young age and his parents enrolled him in Little Theater School, and he went on to attend Bishop England High School. He was married to Christine Gibson from 1993 to 2018, and they have three children. 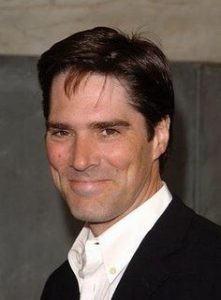 Thomas Gibson Facts:
*He was born on July 3, 1962 in Charleston, South Carolina, USA.
*His mother was a social worker, and his father was a lawyer and liberal Democrat who served in the South Carolina state Senate and House.
*He started his acting career at the age of ten when he took part in children’s theater.
*He made his professional stage debut in 1985 in David Hare’s A Map of the World.
*He is also an avid golf player and has participated in the AT&T Pebble Beach National Pro-AM.
*Follow him on Twitter and Instagram.