Nigerian-American hip hop recording artist who first achieved fame in 2006, when his song “Dig Dug (Shake It)” became popular in his hometown. Wale released his debut studio album, Attention Deficit, in November 2009. It reached #2 on “Top Rap Albums” list in the U.S. In 2010, Wale was nominated for Best New Artist from both the Soul Train Awards and BET Awards but did not win. His third studio album, The Gifted (2013), debuted at #1 on the Billboard 200. 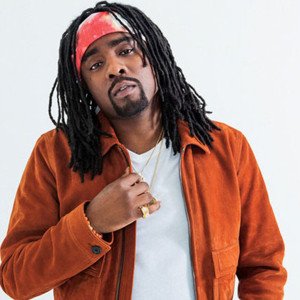 Wale Facts:
*Born on September 21, 1984 in Northwest Washington, Washington, D.C., his parents were both from the Yoruba ethnic group of southwestern Nigeria.
*He is the cousin of actor Gbenga Akinnagbe, who played Chris Partlow on HBO’s The Wire.
*He attended Quince Orchard High School in Gaithersburg, and got admission at the Robert Morris University in Pittsburgh on a football scholarship.
*He started his music career in 2005 by releasing mixtapes in the Washington, D.C. area.
*His second studio album, Ambition (2011), peaked at #2 on the Billboard 200, and topped R&B/Hip-Hop Albums as well as Top Rap Albums.
*He is an avid professional wrestling fan, and has made several wrestling references on his songs.
*Visit his official website: www.walemusic.com
*Follow him on Twitter, YouTube, Facebook and Instagram.