Thorgan Hazard is a Belgian professional football player who plays for Bundesliga club Borussia Dortmund and the Belgium national team as an attacking midfielder and winger. Hazard previously played for Lens, Chelsea, Zulte Waregem, and Borussia Mönchengladbach before joining Borussia Dortmund in 2019. He played at every level in the Belgian national youth team system, and made his international debut for Belgium in 2013. 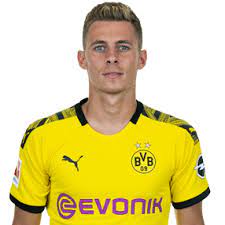 Thorgan Hazard Facts:
*He was born on March 29, 1993 in La Louvière, Belgium.
*He is the younger brother of Eden and older brother of Kylian Hazard.
*He played youth soccer for Royal Stade Brainois from 1998-2003.
*He began his professional career at Lens in Ligue 1, and moved to Chelsea in 2012.
*Follow him on Twitter.