Pablo Sarabia is a Spanish professional footballer who plays for Ligue 1 club Paris Saint-Germain and the Spain national team. He plays mainly as an attacking midfielder but can also play as a right winger. Sarabia previously played for Real Madrid B, Real Madrid, Getafe, and Sevilla before joining Paris Saint-Germain in 2019. A former Spanish youth international, Sarabia made his senior debut in 2019, representing the side at Euro 2020. 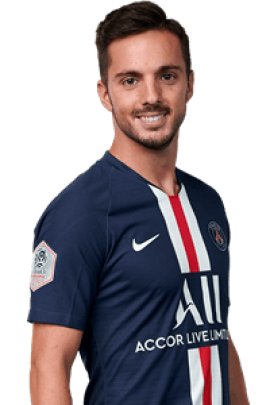 Pablo Sarabia Facts:
*He was born on May 11, 1992 in Madrid, Spain.
*He played in the Escuela de Fútbol Madrid Oeste de Boadilla del Monte football academy until 2004, when Real Madrid signed him at the age of 12.
*He represented Spain internationally, winning the UEFA European Under-21 Championship in 2013.
*He joined Ligue 1 club Paris Saint-Germain in July 2019.
*Follow him on Twitter and Instagram.