Tiffany Fallon is an American model born in Fort Lauderdale, Florida. She was the Playboy Playmate of the Month for December 2004 and Playmate of Year 2005. She has previously competed and won Miss Georgia USA 2001, and second runner up in the 2001 Miss USA contest. She has advertised for many brands such as Ford trucks, Long Horn Steakhouse, Virginia Slims, Turner South and ESPN/Capital One. She has made guest appearances in a number of television shows including, The Lance Krall Show and The Man Made Movie. She was born Tiffany Nicole Fallon on May 1, 1974 in Fort Lauderdale, Florida. She belongs to Irish-American descent. She is a Florida State University graduate with a degree in sports management. Since 2001, she has been married to musician Joe Don Rooney and they have three children: Jagger, Raquel and Devon. 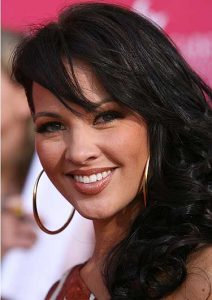 Tiffany Fallon Facts:
*She graduated from Florida State University.
*She was named Miss Georgia in 2001.
*She used to work as a flight attendant and cheerleader for the Atlanta Falcons.
*Her favorite music artists are John Mayer, Waylon Jennings, Alicia Keys, AC/DC and Stevie Wonder
*Follow her on Twitter and Instagram.