English playwright, screenwriter and actor who is notable for playing Angelo in the long-running CITV series Mike and Angelo and narrating the BBC children’s TV programme Teletubbies. He is also known for voicing multiple characters in Thomas & Friends. He has also starred in several West End musicals including The Rocky Horror Show, Elvis, Grease, and Good Rockin’ Tonight. 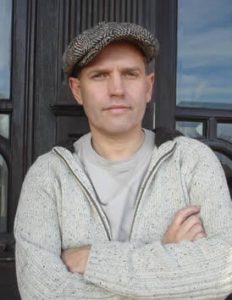 Books: The Sociable Plover: A Play

Tim Whitnall Facts:
*He was born on June 27, 1961 in Canvey Island, United Kingdom.
*His full name is Timothy Charles Whitnall.
*He narrated the BBC children’s TV programme Teletubbies from 1997 to 2001.
*He is residing in Richmond, Surrey with his partner, Anna Murphy, with whom he has a production company, Feather Productions Ltd.
*Follow him on Twitter.